#2: And Then There Were Four with Gina Byars

In the second episode, I interview Gina Byars, Station Manager of Sun Sounds of Arizona. I have known Gina for years through her community service work in Flagstaff. On the show she shares a personal story of taking in four young children and the effect it has had on her her life. 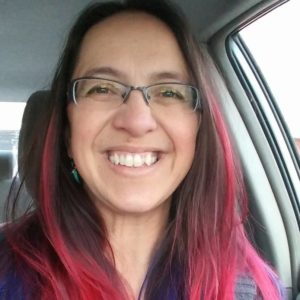 Thank you to Volunteer Pro for sponsoring the first season of Do Good, Be Good. VolunteerPro is offering our listeners $100 off an annual membership. Go to volpro.net and use the promo code PROPOWER. If you work with volunteers, you need to check out Volunteer Pro.

For a full transcript of the episode read on:

ANNOUNCER: This is Do Good, Be Good, the show about helpful people and the challenges they face in trying to do good. You host is Sharon Tewksbury-Bloom, a career do-gooder who also loves craft beer and a good hard tackle in rugby. Sharon speaks to everyday people about why they do good and what it means to be good.
MS. TEWKSBURY-BLOOM: This season was brought to you by VolunteerPro. VolunteerPro provides online volunteer management training, coaching, and community to leaders and volunteers at all levels. Learn more at volpro.net and stay tuned for later in the show when I will tell you about a special discount for our listeners.

MS. BYARS: We filed for emergency custody of all four of the children so suddenly there was seven people in a two bedroom two bathroom apartment. And it worked… we basically stacked the children on the bed. We had a large bed and a top bunk bed and the kids figured out how they could share. They were still pretty small. So that was two months worth of … they were with us .. and it was this emergency custody piece and then there was this thing going on between the courts. At one point the court said no, you can’t actually do this, so the custody went back to their dad. And we’re like OK… and he said to us, you need to stay out of my life, I don’t want your help. And that was the hardest two months of my life to not have any interaction with the kids after having almost eight months of seeing them almost every day, weekends, more extended pieces.

AD READ: When I first started working as a Volunteer Coordinator I was thrown into it with no training and no experience. Learning on the job was painful and I made a lot of mistakes along the way… VolunteerPro would have helped me so much. Their site provides volunteer management training and coaching. If you were voluntold into volunteer management, this site is for you. VolunteerPro is offering our listeners $100 off an annual membership. This is a limited time offer. Go to volpro.net and use the promo code PROPOWER. That’s volpro.net, promo code PROPOWER.

MS. BYARS: Yea, the 8 year old, by that time, 7, 8 year old, she was already mom. And she cooked. I had a 7 year old who knew how to turn on a gas stove, cook eggs, cut onions, all this on her own. The 3rd one in line, who would have been 4, none of them had any fear of anything in the kitchen, because they needed to know how to do it so they could survive. So it was already at that level even though we had been involved at some level. So to think of it progressing to a point of them becoming just survivalists, was not ok. It was not something that I said, yea, they’ll survive, they’ll be ok. I always hope that children have the opportunity to be thriving members of society, not just productive, but thriving. And another piece of it, in my teaching I had seen … teaching middle school…at a school for at risk students. We were the last school before they were just done with school. They had been kicked out of multiple other schools, we were their last step and there was one boy in particular that I will always remember, and seeing the potential of our kids being in this one boy and seeing that these four kids could be exactly like this one. He was smart, he was funny, and he was completely closed down and locked out from being involved in a community level in anything. He was looking out for himself and that was it, because life had pushed him to a point of being a survivalist. He saw no value in connecting to another person unless they could meet his needs the way he wanted it. That was really tragic to see and to know that and to see that these kids, my own flesh and blood … or at least my own blood, maybe not my flesh… that they had the potential to be that young man. And I didn’t want that to happen. And to see an eleven year old boy, I guess he was 12 by the time he came to me. With these hard eyes of meeting me at his front edge, knowing that everything else that he held dear, I didn’t see at all, because he was not going to let me see it. I didn’t want that to happen to people who were directly connected to me at this point. If it was later and I came in later, I don’t know what.
MS. TEWKSBURY-BLOOM: Before we ended, I asked Gina what she thought it meant to be good.
MS. BYARS: Being good, doesn’t have to be this monumental exercise, it comes down to being me.
MS. TEWKSBURY-BLOOM: I like the contrast with that and what seems like a monumental exercise that you have taken on.
MS. BYARS: (laughter): yea
MS. TEWKSBURY-BLOOM: It doesn’t have to be, but sometimes it is. Sometimes living that belief can turn into a monumental exercise.
MS. BYARS: Yea, and it started in my head small. It was a family piece, and yet now here we are.

MS. TEWKSBURY-BLOOM: Well, that’s a wrap. Thank You for listening to do good be good. And thank you to everyone who has subscribed to this podcast. If you haven’t yet, please subscribe in iTunes or wherever you get your podcasts in order to get the next episode when it is released next Wednesday. And if you like this podcast, consider leaving a review so that other people can find the show. Thank you so much Bob for your review, we love it!

For show notes on this episode, including a transcription, visit dogoodbegoodshow.com. That is also where you can find the discount code for Volunteer Pro and more information about Do Good, Be Good. Thanks again to Gina Byars for sharing your story.
And thank you to our host, Sun Sounds of Arizona for the recording space. Music in this episode is the track Coal Miners by Art of Escapism. You can find it in the Free Music Archive. Until next week, this is Sharon Tewksbury-Bloom, signing off.

Share your email address below and I will send you ideas and resources related to planning, team building, and learning and development.

Success! Now check your email to confirm your subscription.