How a Leader Allows People To Figure Things Out

Our director, Patricia McKee opened her reflection on the dress rehearsal with, “I saw new things on stage tonight, which means you are starting to play. Excellent!” The actors have been rehearsing for seven weeks. Opening night is in three days. The show is finally really coming together. If you have ever been part of a theater production you know the tension of opening week. The dedication and repetition of almost daily rehearsals; learning lines, assembling props, choreographing set changes, adding blocking. It all comes down to opening night. 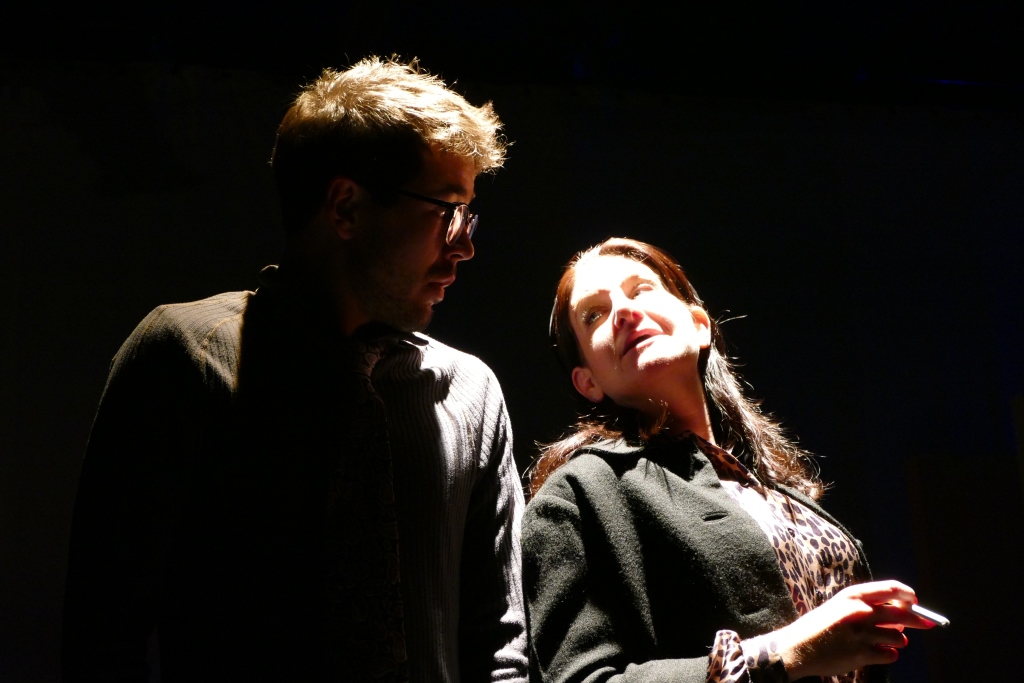 How does a director prepare and manage the actors in order to achieve an excellent performance by opening night?

The parallels between directing a show and managing a team in a workplace environment are illuminating. Two weeks ago, I was training managers at the local city government in how to coach and guide employees towards success. It is so difficult to act as a guide. You know the answers. You know the best way of doing it. It would be faster if you just did it yourself! And yet, by allowing an employee to try (and fail), the employee is able to own the problem and own the solution. We have all heard the importance of learning through doing or teaching a man to fish. However, I believe there is a deeper jujitsu happening. 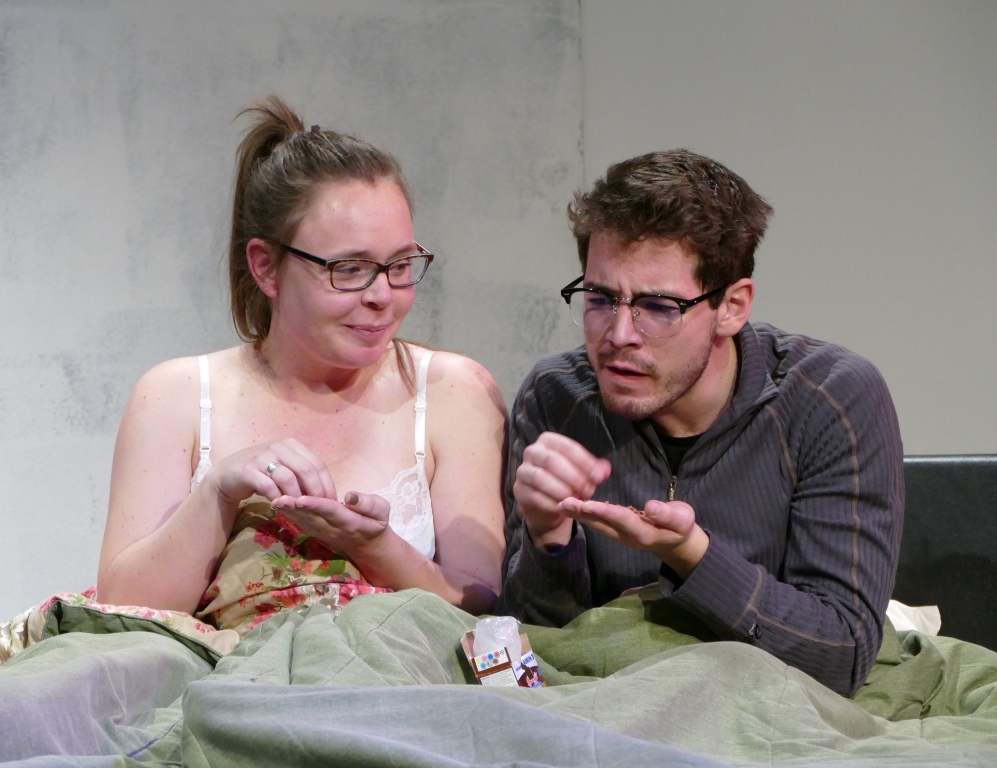 Let me explain by going back to the theater metaphor. Before we ever cast the actors for The Graduate, our director, Patricia McKee had to develop a vision for the show. She could see the movement of the actors, the motivation for each character, the pacing of the scenes. Once actors were cast, they began with reading their lines and discussing their character’s motivation. Next, actors begin to get into the space, moving around each scene to feel how the lines fit with movement. Then we introduce props and furniture and allow the actors to continue to change their movements to fit the actual setting. Finally, costumes and lights are added and each scene is fine tuned.

Although the director knows from the very beginning how she wants a scene to look, she lets each actor discover that vision for themselves. For example, an actor may realize that their character wants to jump out of bed instead of just stepping out. In some cases, through this process of discovery the actor brings new ideas or a new interpretation to the scene that the director had not considered. However, many of the movements or emphasis on certain words had already been visualized by the director. By allowing the actor to come to the same conclusion on his own, those decisions are more rooted in the actor’s experience. The actor owns the problem and the solution. 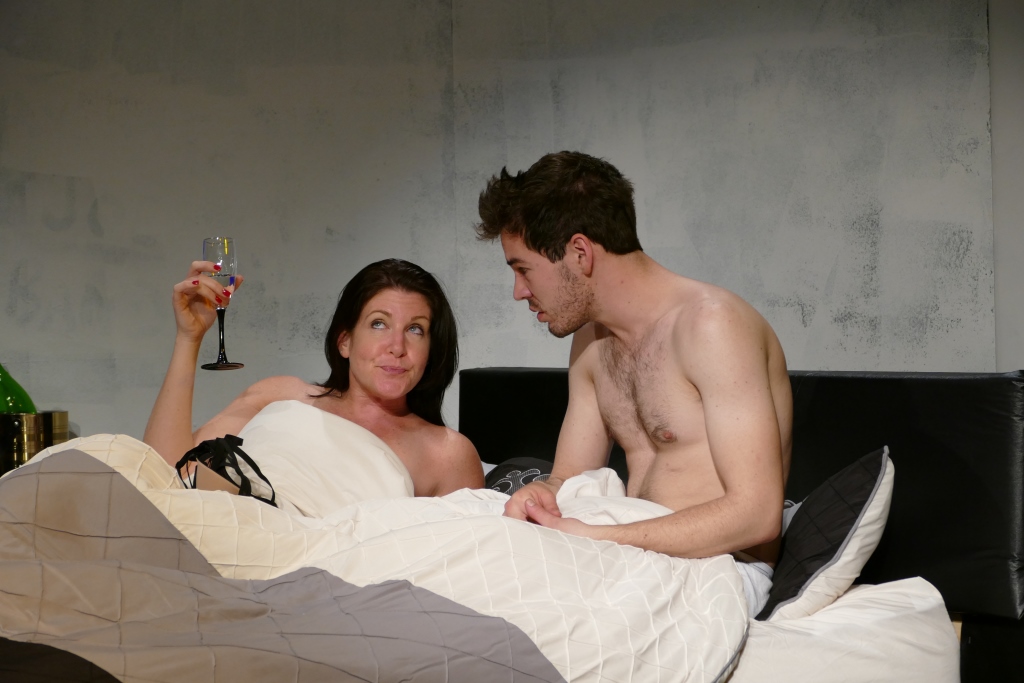 The director guides the actors by giving them an exercise to try or asking them questions. She nudges them towards the vision. With this approach, magic can happen. Not only do actors buy into the vision of the director and discover it for themselves, but new ideas and creativity are enabled to flourish.

A theatrical production is the ultimate team effort. In a show like The Graduate, we have nine actors and a backstage crew of several people. Although each show begins with the playwrights words and the director’s vision, it comes alive through the whole hearted effort of every member of the team.

How amazing could your workplace be if every member of your team was guided, nudged, and empowered rather than managed? If each person was enabled to own the problem as well as the solution?

For those in Flagstaff, The Graduate opens this Friday, June 2nd. I am the Stage Manager for the production.

Performances will be held at 7:30 p.m. Fridays and Saturdays, and at 2 p.m. Sundays from June 2-18. Individual tickets for the June 2 opening performance are $20 to $24 and include a post-show reception with the cast. Seating for other performances range from $18 to $21. A special “First Friday” pre-show reception on June 2 will feature free refreshments and artwork in the lobby.

Tickets can be purchased online at Theatrikos.com; by calling (928) 774-1662; or by visiting the theater’s box office, which is open from noon to 6 p.m. Wednesdays, Thursdays, Fridays and two hours prior to each performance.

Share your email address below and I will send you ideas and resources related to planning, team building, and learning and development.

Success! Now check your email to confirm your subscription.